(from the Run and Gun Videography Blog, published here as well for your info).

(2 March update: I now own two of th0se amazing flexible LED light panels mentioned in this post and will do a complete video review them next week, including B roll of them in use during a corporate shoot I’m doing tomorrow)

There are a few take-aways from the BVE Expo in London for the run and gunner.

1. My primary area of interest in attending was LED light technology because I figured that’s where the industry is heading. And I was right. Boy, they sure have made fantastic advances. Prices are still high but they will come down.

The first thing I noticed is that they’ve been making the equivalent of 1K and 2K fresnel lamps (focusable point source lights). The run and gunner doesn’t really need anything that powerful, BUT–that means we’re no longer restricted to soft box lighting as the only practical means of lighting location shots. Fresnels are lenses on lamps that allow you to ‘spot’ and ‘flood’ a light. And, being a point source, you can also easily control (with barn doors or external flags and gobos) where the light hits. This is what Hollywood uses to light sets.

Anyway, they also had smaller point source LED lamps, but from what I saw, they dropped down to the 100 watt range. There were a lot of these tiny focusable LED lights complete with barn doors, but oddly I didn’t see anything in a mid-range equal to, say, a 500 watt tungsten lamp.

While that was good news generally, that’s not what I was looking for. I was looking for a quality replacement for what I currently use which is flouro soft boxes which, with the biggest bulb, barely equate to a 300 watt tungsten halogen. And these are the things that most run and gunners are using. You really have to get them close to achieve any sort of modelling in a typical corporate shoot in a daylight lit room.

There have been LED panels available for a few years that weren’t much better in term of luminance. And most came from China.

This is the area that has seen fantastic improvement. There was a plethora of LED light panels of various sizes. And the main thing I noticed was that they were all amazingly BRIGHT.  Furthermore, most companies provided a model that will give you both daylight and tungsten (interior) colour balance.

But they’re still rather pricey. At least now, if you can afford them, they’ve got enough ‘umph’ to way outdo anything you can do with the current flourescent soft boxes. And they come with various filters that can either focus that output to a 30% area, or diffuse it further. And they’re dimmable, controllable from smartphones, and all sorts of fancy usable stuff like that.

However, it wasn’t until I found one small booth that I got really excited.

There were half a dozen or more companies offering some very attractive and high quality LED panels ranging from about £400 to almost £1000. I’m talking small panels such as a run and gunner would use for interviews. The high-end expensive ones were worth it for what they could do. But still, that’s a lot of money.

The one thing common to ALL of them was that they came in metal housings with barn doors and slots for filters, jacks for batteries, and control panels on the back. I wasn’t expecting anything else….

Until I found this small booth.

What caught my attention was an LED panel wrapped around a 1 liter water bottle sitting on a desk. I noticed it while talking to an American that was responsible for a very high quality German design which I quite liked (but which was a tad expensive).

Turns out that panel wrapped around the water bottle was the product sold by an outfit called Pro Light Direct (who also distributes the German design I mentioned).

That little LED panel is probably what is behind most of the other LED panel designs. I mean, if you looked inside of their fancy aluminum casings, essentially what you’d find is what this guy was selling without the fancy box. And it was flexible.

So here was this amazingly bright LED panel on a flexible backing that could be velcroed to a wall, a ceiling, a car windshield…, or put in the very simple aluminum frame provided so that it could be put on any light stand or clamp. I asked if it was durable. To answer that he threw it down on the ground, still lit. Yeah, it’s durable.

At the show he had a softbox (which was a prototype, not yet available) that could be affixed to the supporting frame .

LED panel in it’s supporting aluminum frame attached to its softbox with velcro.

But the whole thing was feather weight and would take up practically no room in your light case.

It’s currently only available in 56K panel or a 32K panel, but he says they’ll soon have a bi-colour version of the same.

THIS is the one you want!  It’s still about £400 or so with its controller  (I forget the exact price), but of everything I saw, this is the one that got me excited.

Furthermore, unlike the cheap Chinese ones you can get on eBay, this one is close too 100% accurate on colour temperature (as most of these products that I saw at the show were). And, it’s really BRIGHT!

That said, there was another really clever one that caught my attention. It’s expensive, but very clever. It’s an LED block system whereby you can plug 2 or more together to whatever size or configuration you want. I’ll just give the link so you can check it out. They’re made in France: Exalux

The other thing that was prominent was stabilising equipment for DSLRs.

I saw guys suited up in some stuff that looked more gruesome than a Steadicam wobbling around like Frankenstein with a DSLR attached, not to mention other DSLR set-ups that looked like they might cost as much as an Apollo mission.

I can do better than what they can do with all that with my Sony PXW X70.

Oh, and Sony announced a couple days ago that the 4K upgrade will be available for the X70 in around June 2015. I think there’s an upgrade you can get right now that deals with a few things like improve facial recognition.

Also heard from Sony that Apple may have an XAVC plug-in in a couple of months. At any rate, they say it’s in Apple’s hands now, as Sony has given them all they need to be able to do it.

In my ebook Run ‘n Gun Videography–The Lone Shooter’s Survival Guide, I discussed the merits of soft bags versus hard bags and specifically my case of choice from Lightware in the U.S.

In short, hard cases (such as Pelikan and Anvil) with hard foam cut-outs for your equipment still transfer all the shock directly to your equipment if you were to drop the case. They’re also heavier.

Lightware cases are built around tough Lexan (the perspex that aircraft windows are made of) boxes padded with foam and encased in a very tough fabric with moveable velcro dividers inside. You could throw it off a moving truck and your gear would be safe because the case gives slightly and absorbs the shock without collapsing while your equipment just jostles around within the padded partitions. 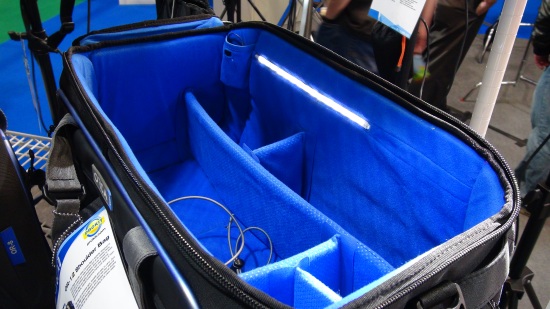 Made in Israel, this bag was an instant hit for me. It probably isn’t as tough as a Lightware case, but is built on the same principle. For those who don’t make a habit of throwing their stuff out of moving vehicles (it would probably survive that too though it might get scuffed up more) it’s a fantastic line of cases. Plus, as you can see in the photo, they have a cool LED strip that lights up the inside of the case. If you’ve ever been backstage during show-time looking for a spare battery or something, you’ll know how brilliant that is.

Instead of a lexan box, the structural strength comes from an internal honeycomb frame with an exterior strengthening aluminum frame.  They’re even lighter than a Lightware case, but importantly, they’re also cheaper. In fact I was surprised at the price. The one shown here was £225. They come in various configurations (bag, back pack, LED kit, sound rig) but nothing on the large side yet. Here’s their site: Orca 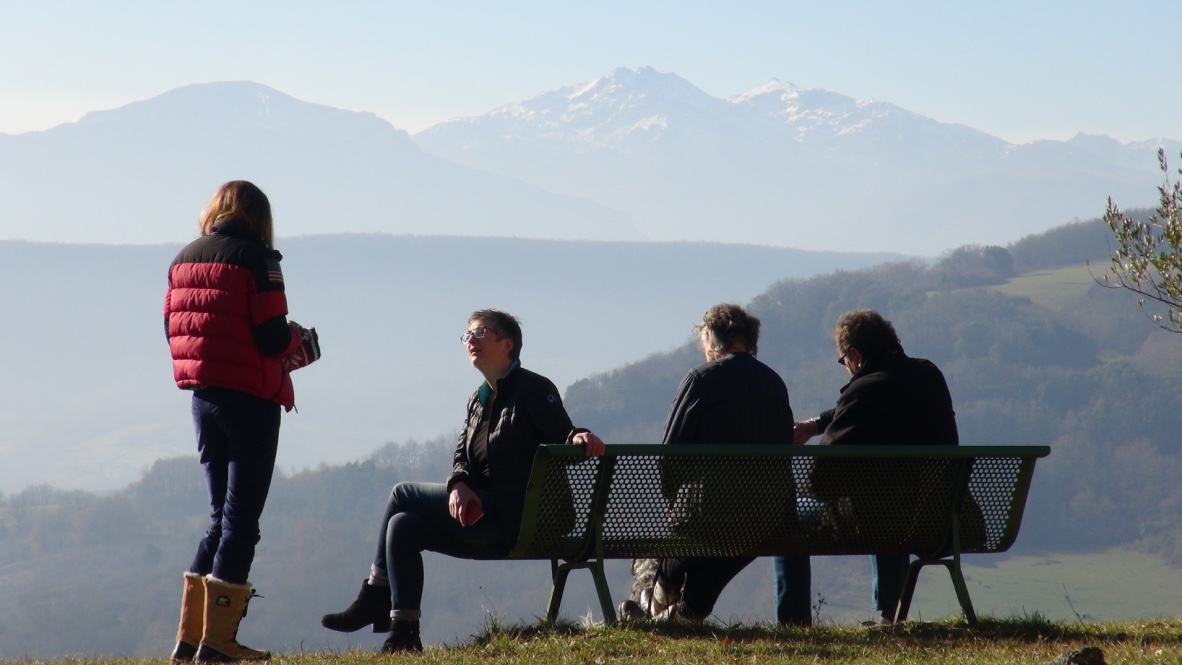