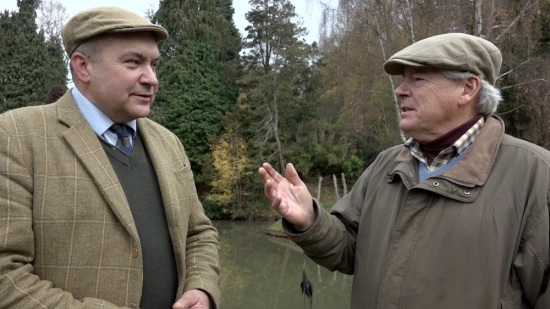 Normally I hate double interview shots. I’ve even advised against it in my book I think.

The reason, of course, is because the guy who’s not talking is sitting there like a lump on a log.

So I told these guys they could stand side by side and chat and I’d feature one or the other as we went.

But I changed my mind.

They actually pulled it off.

I just held the camera and let them talk.

If you don’t know, Phil Burtt is the David Beckham of the shooting world. He’s known internationally and is also a very nice bloke.

So this whole video was done on the strength of his name. And he knew exactly what to say.

So I let it ride and with very little editing and some judicious B roll, I thought it came off very well.

Yes, it’s a bit long, but if you’re a soccer fan and the video features David Beckham, you’re going to watch the whole thing.

And so it is with this one for those in the world of shooting.