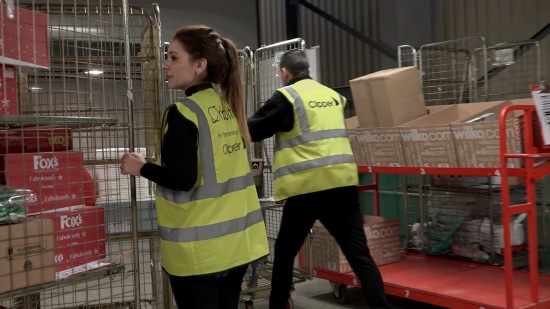 I was wondering what to say about this one. Yea, I know, I said this blog has run its course and the next lot of stuff would be about drones.

I do have one waiting for approval that features drone shooting in a distribution centre warehouse, but meanwhile this one was approved.

It occurred to me that there is something I’ve never really mentioned in regards to run and gun corporate shoots.

Everything you see here was shot in about 1 1/2 hours, not including the interview which was another 45 minutes.

Staging action is almost always a bust. The people get so introverted they either ham it up or act so silly you can’t use it.

So what I do is run around with the camera in my short allotted time and shoot just about everything that’s happening, as it happens–including all the bits I know I have to cover in terms of the machinery itself. But the working staff are always shot discretely just doing what they are doing.

Yes, they often notice I am there and maybe get a little introverted, or smile or something, but you know they are working and doing what they always do. If you staged it, you can always tell that too. So just don’t–unless it’s an emergency.

The key is to shoot a lot. You don’t know in the end how you’re going to use it or how it will fit in with the narrative from the interview, but if you want to show how something works, you just shoot all parts of it as much as you can. Later, in editing, you’ll find you have enough pieces to put together B roll that supports the narrative or tells the story of what the narrative is about.